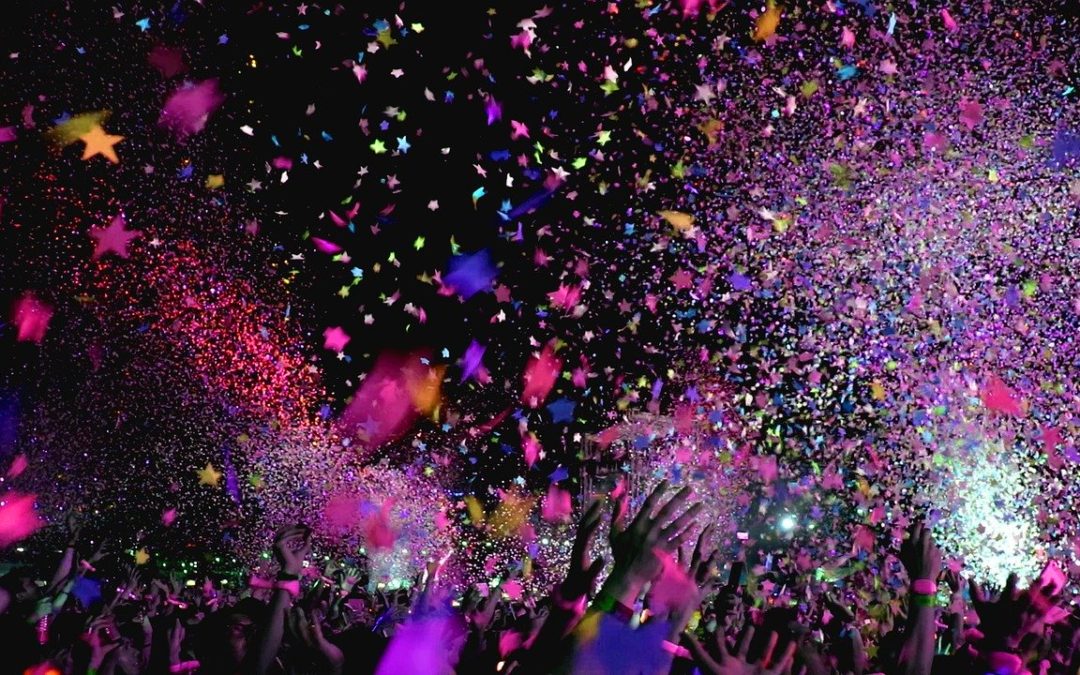 I recently watched a Netflix series called ‘7 Days Out’. It’s been interesting.

These are not exactly ‘events’ in the meeting planning sense of the word, but they are truly EVENTS. The Kentucky Derby, the countdown to the Cassini Probe crashing into Saturn, just to name a couple. It’s been fun to watch the process, but it got me reminiscing. And not in the nostalgic, “gosh those were fun times” kind of way; more of the “phew! I’m glad i survived that.”

I once had a client who wanted to call her meeting “The Event!” (note the exclamation point). My first thought was, well – that’s CERTAINLY going to skew expectations. After all, it wasn’t an event but an educational symposium with research scientists who would be discussing difficult clinical trial results. There were absolutely no bells and whistles, and it was a very serious meeting. What was the need to create buzz that said “This will be FUN! Groundbreaking! Exciting! A BLAST!”

I’ve planned multiple “Events!” before, but this wasn’t one of them. We love working on large scale productions with an occasional extravagant moment. We’ve had CEO’s flown in on helicopters, kidnapped by cowboys, rescued by Navy Seals, Extravaganzas at the Smithsonian, Lunches at the Air & Space Museum, and Scrabble in the Caribbean (the actual sea). But THIS. This wasn’t the right setting. Talk about overselling it.

This is more along the lines of a Peek Freans company (remember that commercial? It’s a very serious cookie).

This organization is on the very bleeding edge of life-saving technology. Outcomes were 50/50 at best, and horrible things often happen before, during, and after the product use. Sometimes magic happens and isn’t THAT exciting! But this meeting was solemn, intense, and focused. We’re talking about changing everything they’ve worked on and about saving lives. We aren’t talking about closing down a cool bar and partying into the night. No, this was about working hard, getting some sleep, and working hard again the next day. Hardly something you’d call The Event (!)

Slowly, I had to convince my client this branding was a mistake. She had envisioned pyrotechnics in her presentations, lots of color, and explosions. Oh, and a yellow on white slides (we can discuss that atrocity later). Ultimately, she was aiming to build excitement and enthusiasm while showing her attendees that success was on the horizon. While she believed it was the perfect theme for this program, I knew it was really, really wrong.

We sat down, talked, disagreed, and argued. We had to bring in more team members to help make the final call. It no longer was The Event!, it was now the blah blah blah Symposium on blah blah blah. Not dramatic, but it was descriptive, honest, and reflective of our goals and objectives. The expectations were clear, and there was a mutual understanding. Although she didn’t like me for a few weeks (maybe she still doesn’t, I’m not sure), we’re still together all these years later.

I often have to come back to the same question in event planning: am I here to please, or am I here to help? In this particular case, I told some uncomfortable facts on the hill I was willing to die on. These weren’t fun conversations, and there wasn’t a way to get the message across without bursting a couple bubbles. At first, my client wasn’t happy! But the success of the meeting brought her back around. We’ve talked about The Event! a few times since then. We’ve agreed that it strengthened our trust in one another, and she knows I will always be honest with her. Sometimes you have to respect people enough to disagree with them.

Not every meeting can, or should be, “The Event!” Meetings are marketing. Meetings are branding. With each meeting, whether it is internal or external, should be reinforcing who you are as an organization.

Every meeting is an event. But remember who you are! As you’re navigating through planning your next event, we can help you define your tone and give you peace of mind while we work behind the scenes. We’re ready to get started – are you?